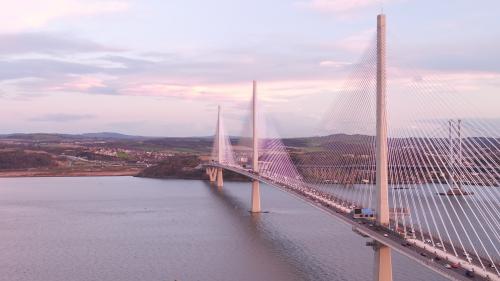 The Permission for Commercial Operations (PfCO) is exactly what it says on the tin. If you want to make money from flying your drone, you need permission to do it.

You get that permission by completing a course of study through one of the many National Qualified Entities (NQEs) out there and  applying to the Civil Aviation Authority (CAA) with your recommendation from said NQE.

You'll sit a theory exam and a practical flying assessment in order to prove you understand how to integrate into some of the busiest airspace in the world and that you can fly your aircraft safely.

Unfortunately it's not a case of just throwing these things in the air whenever and wherever you like. They're classed as aircraft and are regulated as such, hence the big crack down on operators, both professional and hobbyist, since the Gatwick incident at Christmas. So, during the course, you'll learn all about airspace, rules & regs and the hazards involved in flying. Plus tons of other useful bits of information to help you on your way.

But, what is a 'commercial operation'?

The general view is that if you are better off at the end of the day for flying your drone, then you've probably been doing commercial operations. It's a very grey area and leads to many a heated dispute on the forums but, if you receive any kind of valuable consideration for flying then it's PfCO time. It could be a few beers, lunch or someone paying your fuel; it doesn't have to be direct financial compensation.

Taking photos is a favourite on the forums. As a hobbyist you generally have the same rights and privileges as a PfCO holder, except flying in built up areas, and must abide by the same rules. So why get a PfCO? A PfCO allows you fly within built areas, something a hobbyist must avoid by a minimum 150m, and to profit from the sale of those photos.

So, what happens if you take a nice photo and someone wants to buy it later on? This is where it gets tricky.

If the original intent wasn't to sell the photos the CAA might turn a blind eye once or twice, as long as landowners permission was gained and all the rules and regs were adhered to, but continued disregard of the rules will result in a fine. Bottom line is, if you want to sell those photos, get yourself a PfCO!

Check out the Drone Code for information on the rules to follow.