This one comes up on the forums quite a bit. What do I need to consider when I'm flying from a boat? 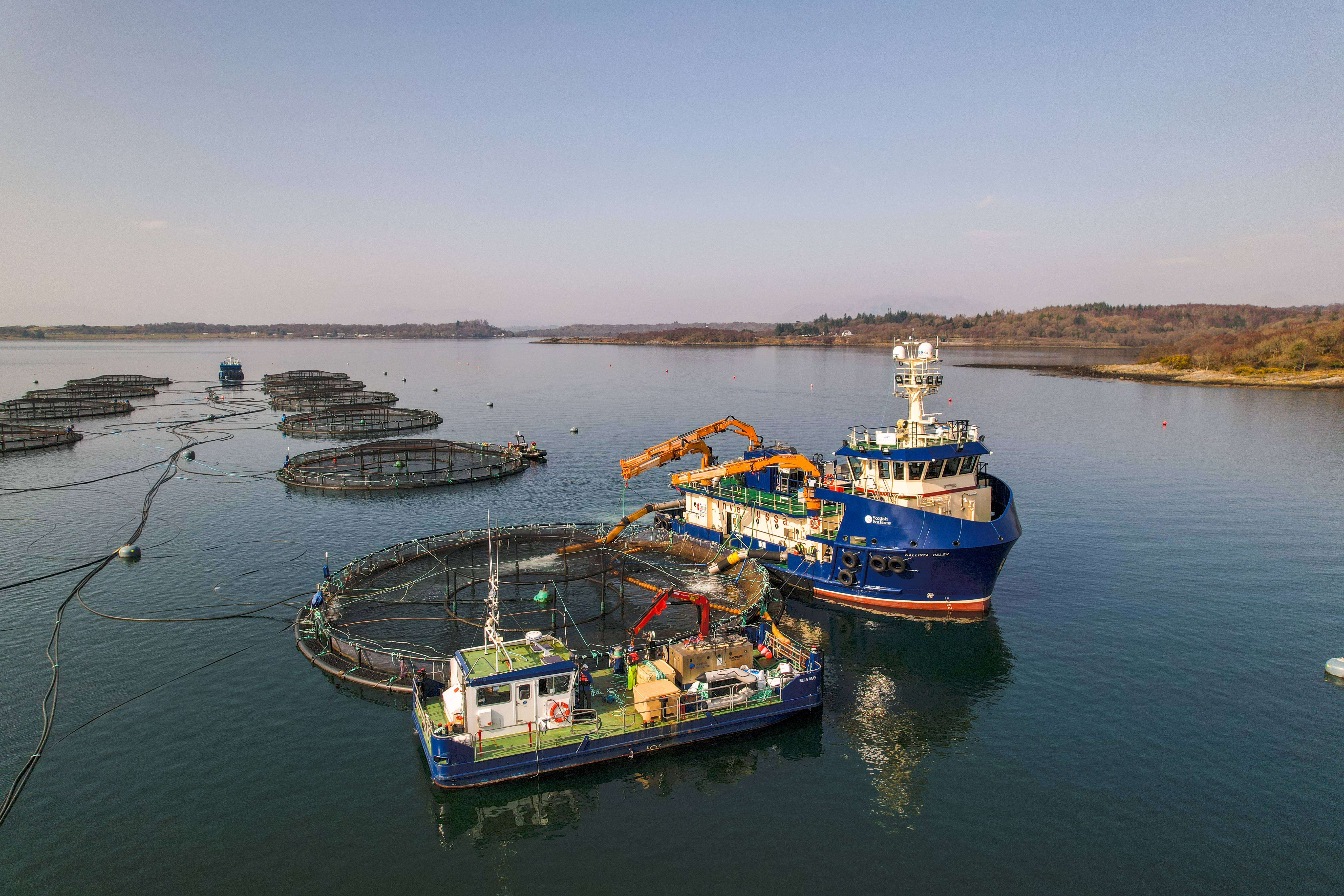 First thing to think about is the type of boat. If it's a big slab of metal it's going to interfere with your compass, so you're going to get all sorts of warnings. There are a few things you can do though.

On this trip up to Oban I flew from a support boat. It was still a big slab of metal, but they had big plastic equipment bins that gave me the necessary separation and I had no problems.

I normally carry a collapsible plastic stool for things like this, but I couldn't carry everything on this one.

If you're hand launching and catching make sure you've read your user manual about what sensors you have and how they work. If you have landing protection on or downward sensors and you try to catch it, the drone will just rise up making you stretch and possibly fall in the water. While hilarious, maybe not the best thing this time of year in a sea loch.

And don't forget eye and hand protection at a minimum . While small the blades can do considerable damage to your soft and squishy parts!

To start with try holding the drone while it's running, but without the blades. Get comfortable with that before you add blades and go from there. 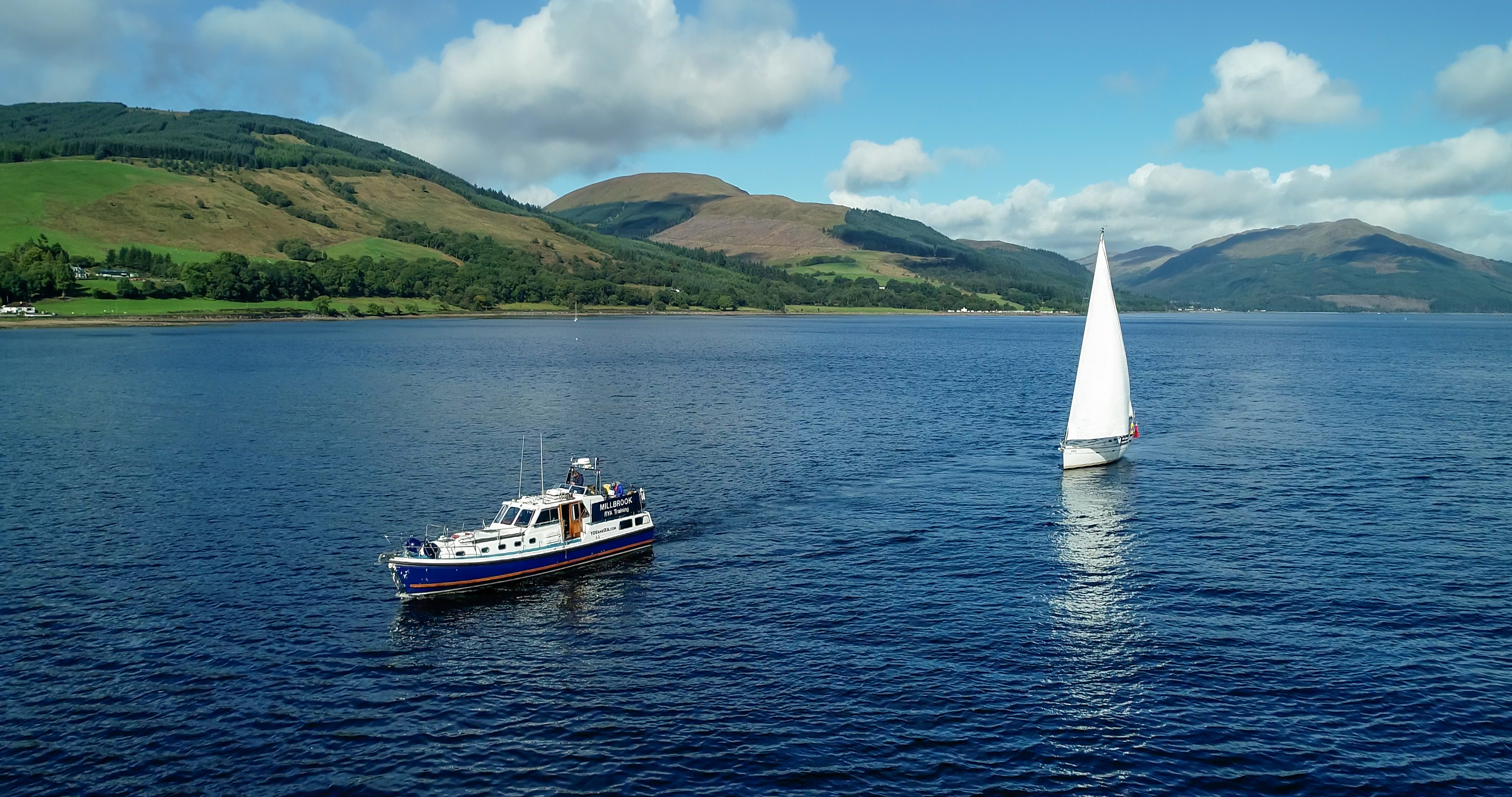 Whatever you do, keep it as simple and as slow as possible. To that end let's think about our batteries. In a normal, land based and benign environment, we can keep our battery warnings as low as possible to get the most out of the batteries. With boat ops it's a good idea to increase you battery warnings by at least 15% to give you the extra time to recover your aircraft without getting into a panic. There's nothing worse than being on a rocking, pitching boat in windy conditions trying to catch a drone before it disappears to it's return to home point with the controller screaming at you to land the whole time. Trust me.

To that end, let's now talk about our Return to Home function. Your aircraft will go into it's return to home procedure in a couple of different scenarios. What your aircraft does in this situation depends on what you have set in the menu. Get familiar with the RtH menus so you know what your aircraft will do if it does happen. It's probably best to set 'hover' as your required action on loss of signal while on a boat. That will at least give you a chance to get under the drone and catch it.

Your aircraft will reference it's home, or take off point for all it's telemetry. If something happens and the drone goes into RtH it'll disappear to it's home point and happily land in the water. Regardless of where you are. Similarly, if you take off and sail away from the home point, as soon as the drone reaches it's 500m limit, it'll stop. That happened to me on my first boat job. Took off from the quay and followed the boat out of the harbour. Drone reached it's 500m limit and stopped while I sailed into the distance. A very steep learning curve that day.

You can have the drone home to your mobile device, but I'm personally not a fan. You can update your home point in the menu, so learn where that is and cycle the home point as you're flying.

Wind direction and speed can be key when flying from boats too. Factoring wind into normal ops is key for efficient flying, but becomes increasingly important on the water. 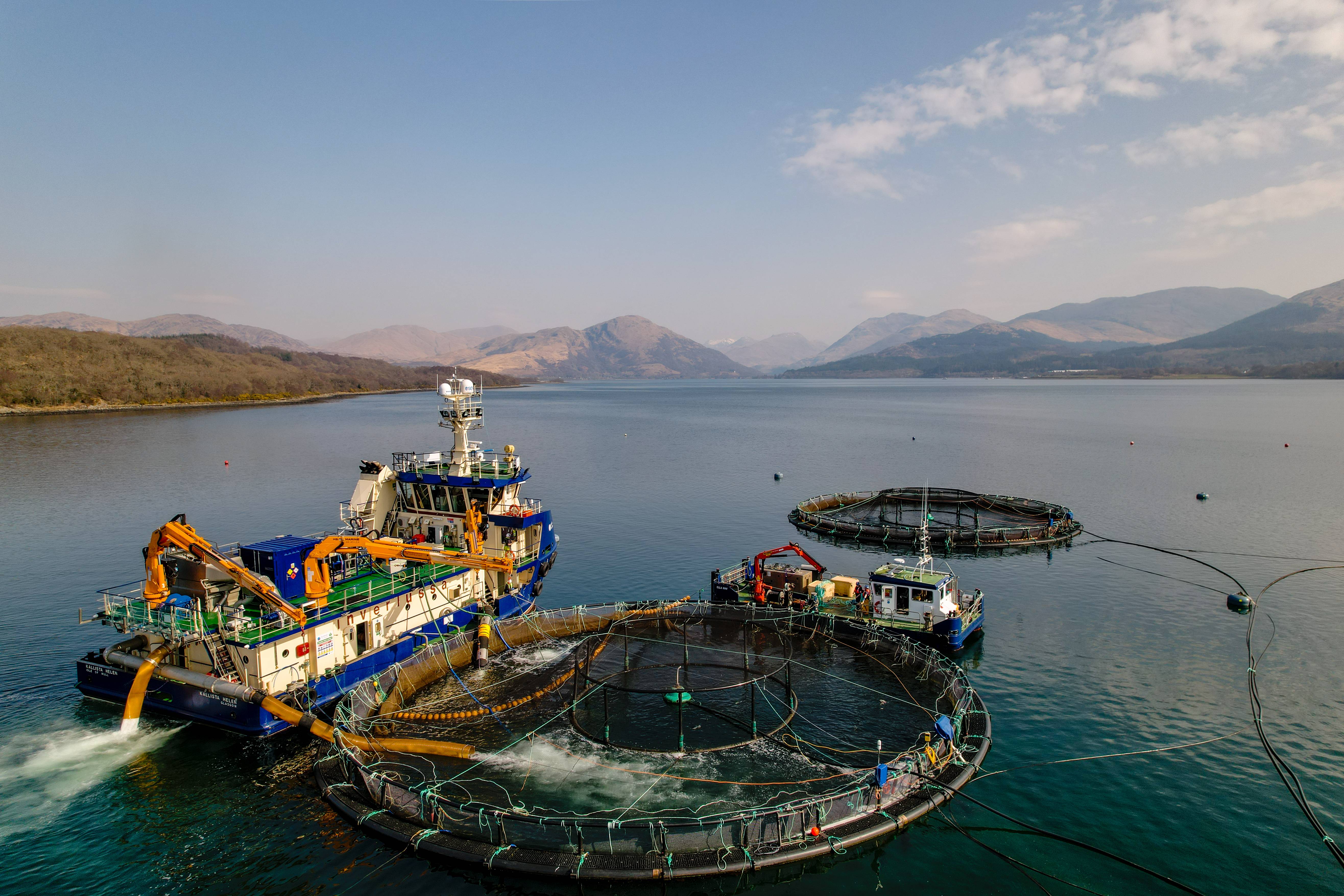 When hand launching do it so the aircraft will drift away with the wind should it fail on take off. You might lose the drone, but it's better that than injure someone. On that note, it's good practice to change or backup your SD cards after each flight. Just in case you do lose the aircraft.

If you're on a sail boat have it face into wind with a dead sail to launch. It's hard enough hand launching and catching on a boat without adding in forward motion. And don't forget about the rigging!

How strong is the wind and how fast is the boat you're on? It'll be costly as well as embarrassing if you take off and can't go fast enough to recover the aircraft. If you know your top speed, and in what mode, it can help stop those kinds of mistakes.

Some boats or ships will have radar on them as well. Be wary of any electromagnetic signals from the vessels you're on. Our controller transmitters aren't that powerful and it's very easy to have that signal swamped by the power of an onboard radar or radio system. Again, your aircraft will go into it's RtH procedure on loss of signal. Unless the vessel turns off it's radars, you're unlikely to get your drone back.

There is some argument to tying some cut down pool noodles to the bottom of the drone, floating away and launching directly from the water. While safer than doing it by hand, I personally would be very wary of this. Any chop could submerge the drone and the likelihood of getting water on the lens is pretty high. Very few drones are waterproof and I think the insurance people might have some things to say about this. What happens on recovery as well? If you can't get the positioning of the boat right you're running the risk of ramming your drone and having it float away. Also, if the boat is tall, how do you reach the water? Maybe use this technique on still water like boating ponds.

And don't forget about the rest of your gear. Spray could damage your kit, so take some bin bags with you to protect it. I use a dry bag from kayaking, which works perfectly.

One final point and that's actually capturing footage. I like to use grid lines and diagonals on my screen when I'm filming. I use them to target a specific bit of the target boat and, if I and the vessel are moving at the same speed, the boat will be stationary in the viewfinder, which looks great. This works on any dynamic shot, whether it's cars, bikes or boats. 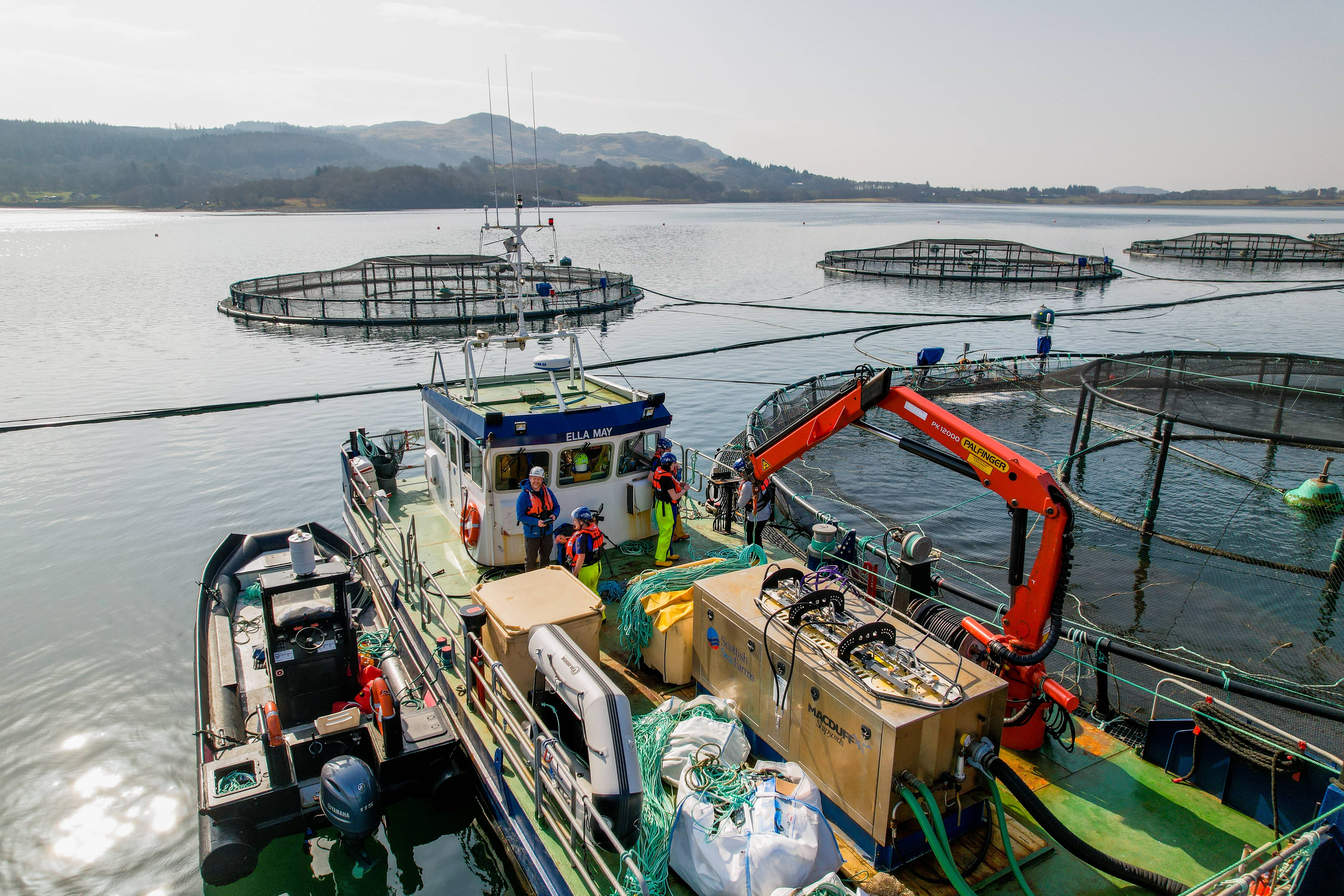 Hopefully you've got some useful points out of this, now it's time to get out there and have some fun.

Thanks for reading and happy flying.